A Crucial Stage of Preparing the DUNE Near Detector Successfully Passed

A Crucial Stage of Preparing the DUNE Near Detector Successfully Passed

On Wednesday, 29 June 2022, the next important stage in the preparation of the project of the liquid-argon system of the Near Detector (ND-LAr DUNE) was completed, namely, the Preliminary Design Review (PDR) was successfully passed.

It took two years to approach this stage: in 2020, the detector concept had to be approved, and in 2021―2022, the system readiness tested within the ND-LAr consortium, and the cost of works agreed upon.

PDR is a basic stage of any experiment. At this point, the engineering design of the project is actually approved for the first time. In case of the ND-LAr, reviewers highly appreciated the quality of the design of all the systems, including of the light redout system, an area of JINR responsibility. 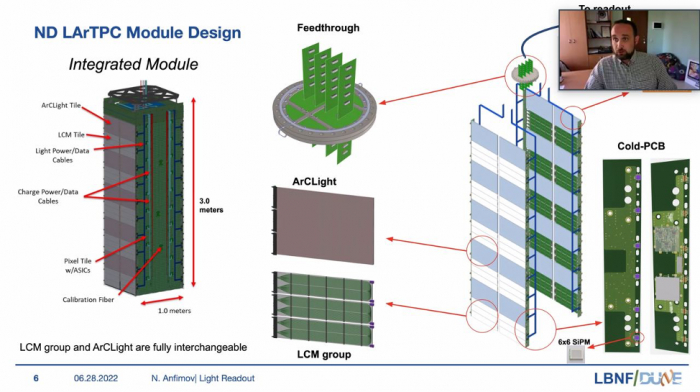 Screenshot of the report by N. Anfimov (Zoom) during the Preliminary Design Review

The next step, the final approvement, or the Final Design Review (FDR) of the entire ND-Lar detector, is planned in two years. Meanwhile, all systems in full size are to undergo complicated tests. At present, tests of scaled-down module versions are being prepared at the Fermi National Accelerator Laboratory (FNAL, the US). The research scientist of the DLNP Experimental Department of Particle Physics Alexandr Selyunin (we reported about his activities earlier), along with his colleagues from other institutions, prepared for operation the electronics made at JINR. 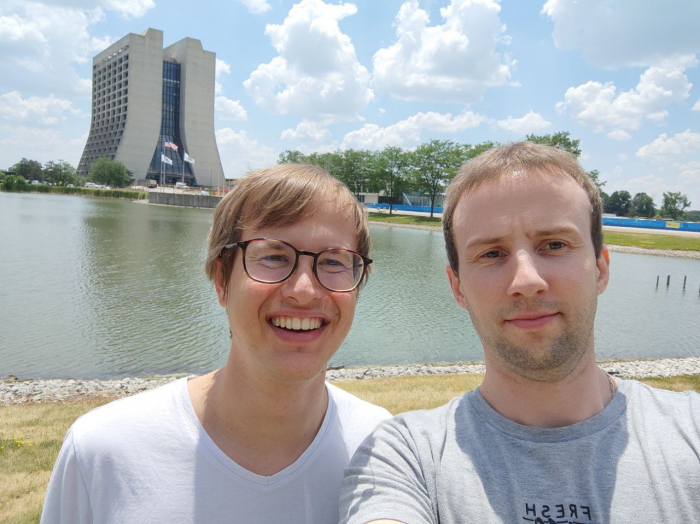 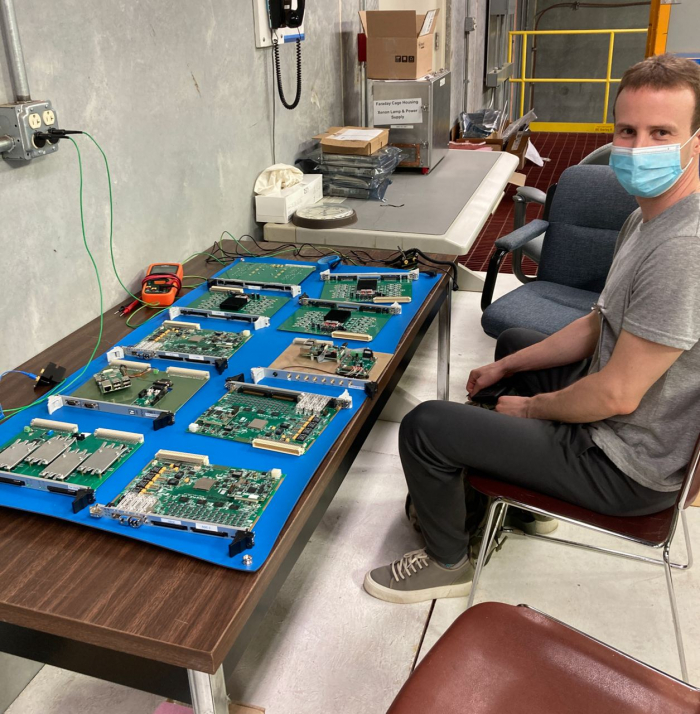 General requirements for equipment with the FNAL beam are very strict. The use of literally everything, every bolt and every fuse, has to be justified, which is already done to a necessary extent considering our system in the CERN EDMS service. CAD models of detectors, Gerber files, lists of components, testing procedures, possible risks, cost estimation characteristics and purchasing records, detector modelling and test results were uploaded here.

The completion of the assembly of the four-module (2x2) system is planned at the University of Bern involving the JINR group whereupon the system will be transported to the FNAL and tested there. Thus, in 2023, the R&D stage will be finished. This stage was envisaged in the NOvA/DUNE project approved by JINR. Over the next seven years, JINR will be able to participate in the international mega science DUNE experiment fully prepared.

Responsible for the light readout system at the ND-LAr DUNE detector,
Head of the Sector of Research Methodology,
DLNP Experimental Department of Particle Physics 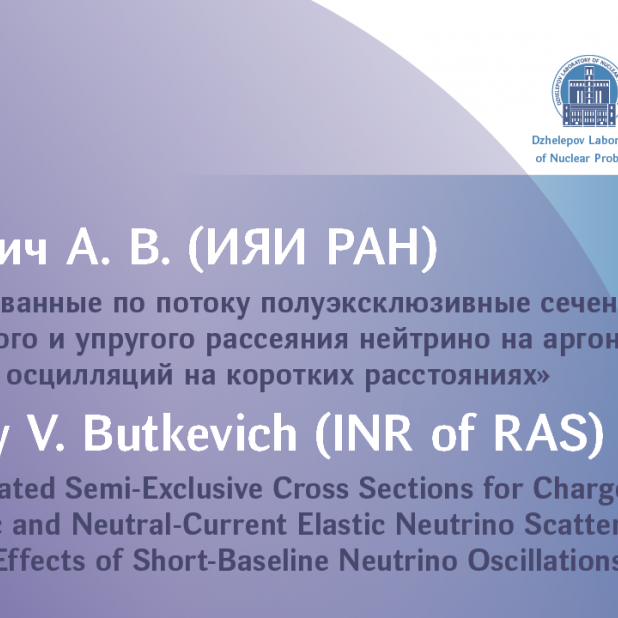 The recording of the DLNP seminar “Flux-Integrated Semi-Exclusive Cross Sections for Charged-Current Quasielastic and Neutral-Current Elastic Neutrino Scattering off Argon and Effects of... 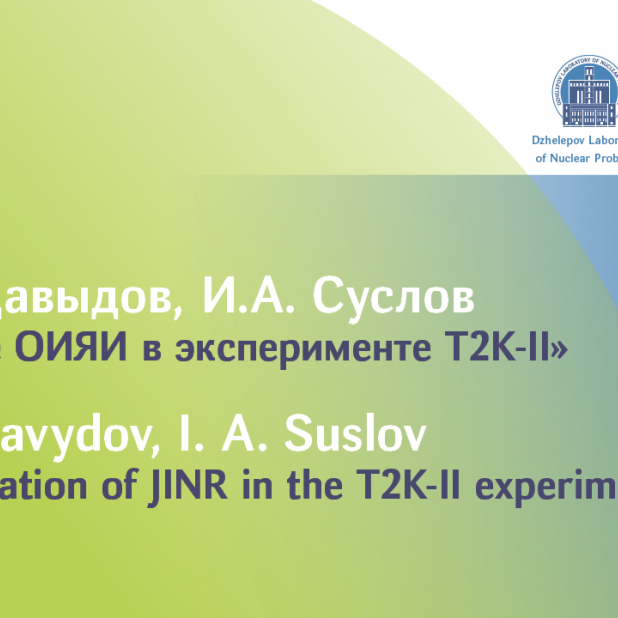 “Participation of JINR in the T2K-II Experiment” by Yu. I. Davydov, I. A. Suslov

The recording of the DLNP seminar “Participation of JINR in the T2K-II Experiment” given by Yu. I. Davydov, I. A. Suslov on November 22, 2022. The report discussed the goals of the T2K-II... 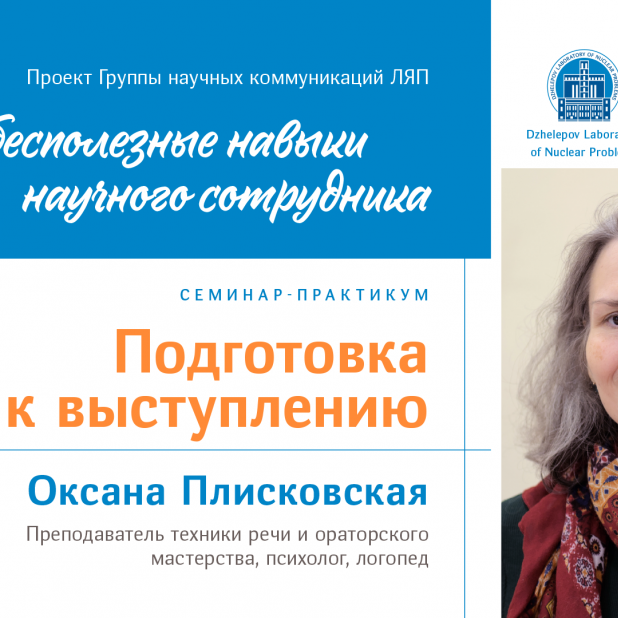 "Getting Prepared to Speak in Public" by Oksana Pliskovskaya

The recording of the talk "Getting Prepared to Speak in Public" by Oksana Pliskovskaya, a voice and public speaking coach, psychologist, speech therapist. The talk was given on November 18, 2022, at... 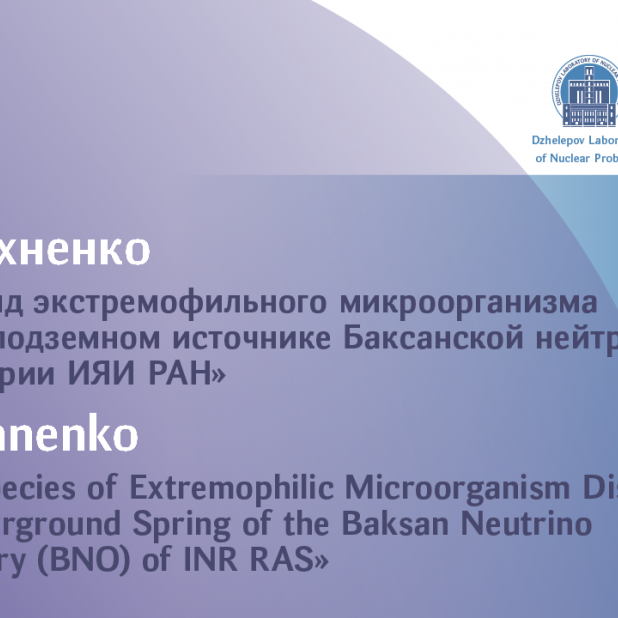 Researches of the DLNP Sector of Molecular Genetics of the Cell in cooperation with the Baksan Neutrino Observatory (BNO of INR of RAS) have discovered a new species of an extremophilic bacterium in... 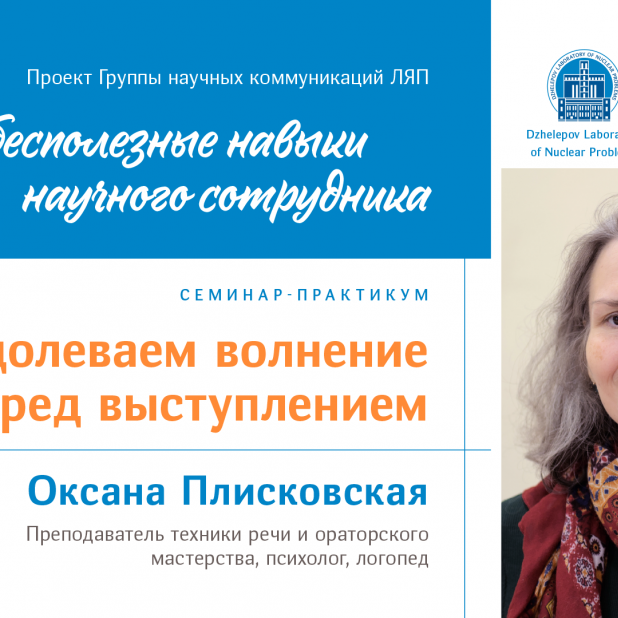 The recording of the talk "Overcoming Anxiety before Public Speaking" by Oksana Pliskovskaya, a voice and public speaking coach, psychologist, speech therapist. The talk was given on November 11,... 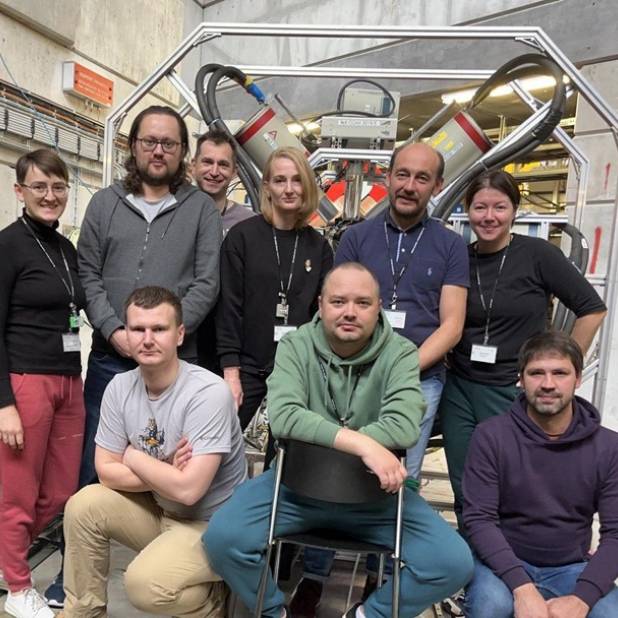 A regular data taking run of the MONUMENT experiment has been finished at the Paul Scherrer Institute (PSI) in Switzerland. The DLNP group was involved in the run. This year, it started in... 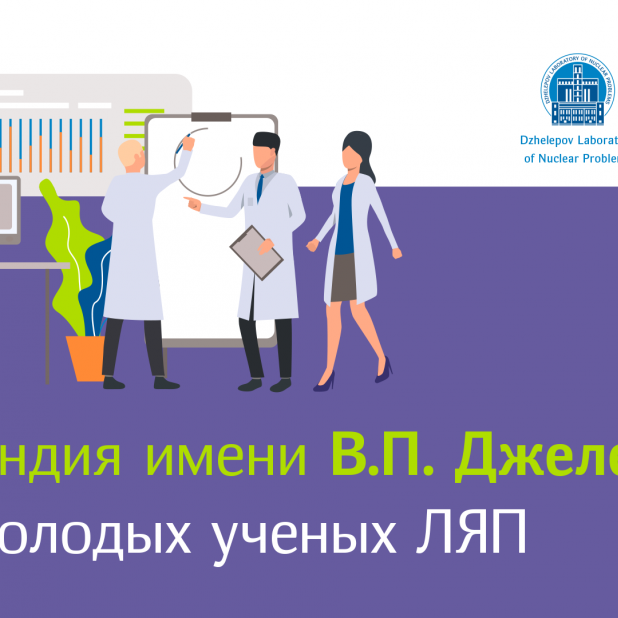 In order to honour the memory of the distinguished scientist and science administrator, a corresponding member of the AS of the USSR and RAS V. P. Dzhelepov and also to reward and motivate young... 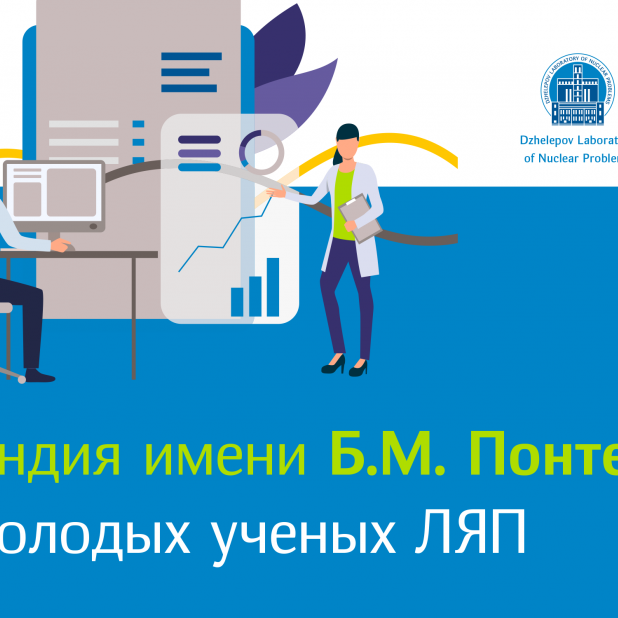 In order to honour the memory of the distinguished scientist Academician Bruno Pontecorvo and to reward and motivate young scientists, the Dzhelepov Laboratory of Nuclear Problems of the Joint...