Confrontation between Environmental Activists and Scientists. The Trial in Teramo.

Confrontation between Environmental Activists and Scientists. The Trial in Teramo. 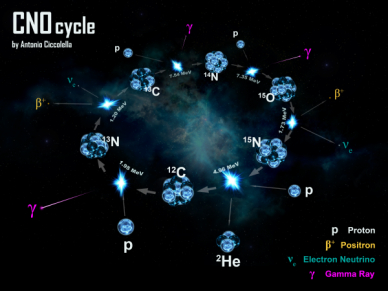 The Gran Sasso National Laboratory is one of the world’s largest underground laboratories. It hosts a wide range of experiments on physics; the most part of them is performed by international collaborations. The underground location enables the reduction of cosmic rays’ backgrounds in sensitive experiments on investigation of rare radioactive decays; study of solar, reactor and accelerator neutrinos; search for dark-matter particles.
One of the largest experiments in Gran Sasso, Borexino initially aimed at the study of low energy solar neutrinos and neutrino oscillations. The neutrino detector uses as a target 300 tonnes of pure liquid scintillator (pseudocumole) surrounded by 2200 photomultiplier tubes (PMT). Colliding with the target electron, neutrino partially releases its energy producing a flashlight that is registered by PMT.
Immediately after the start of the data taking, it became clear that the research programme could be greatly extended due to detector characteristics. Experimental data enabled neutrino flux measurement from all reactions from the proton-proton chain in the Sun, provided confirmation of solar pep-reactions (fusion of two protons and an electron), the first measurement of “beryllium” neutrinos and refinement of the “boron” reaction speed from the pp-III channel and other processes.
Nowadays the series of important measurements are being carried out by the Borexino collaboration targeting the observation of solar neutrino from carbon-nitrogen cycle, previously not detected. In accordance with the modern view, carbon-nitrogen cycle dominates the energy production in the stars, which are just 30 % heavier than the Sun. Our conception of the Sun’s composition and, correspondingly, that one of massive stars can be confirmed and defined by neutrino detection. Premature closure of the experiment will surely affect the results.
In 2002, Borexino became the focus of environmental groups’ attention after 50 litres of pseudocumole has been accidentally spilled from auxiliary facilities and then its traces were detected in a nearby river. Ecological impact could have been compared with the spillage of a petrol tank in a car accident, but the incident prompted the Italian government to file complaints to the local prosecutors. Part of the lab was sealed by Teramo court, and therefore, the experiment was suspended for several years. Nature wrote earlier about this long-time episode: (https://www.nature.com/articles/423675b.pdf).

Tensions rose again at the end of 2016, after a lab technician spilled by accident some solvent while doing maintenance on CUPID, another neutrino experiment.
In May 2017, environmental activists alarmed the public once again, having detected a toxic chemical in the paint used for renovating the highway tunnel. In both cases, tests performed by the local environmental protection agency found the toxic substances in the aqueduct’s waters, although within safety thresholds. Those accidents forced the local prosecutors to appoint experts for an investigation. The investigation found that the lab lacks proper isolation between the experimental areas and the aquifer, as required by Italian environmental regulations, as well as between the lab’s own drainage system and the aqueduct. Without such insulation, the prosecutors argue, a serious accident involving toxic chemicals would threaten the health of the local population. In addition to the three physicists, the court indicted managers of the companies operating the highway and the aqueduct. Recently Gioacchino Ranucci from the National Institute of Nuclear Physics published the Borexino safety record on Nature website on behalf of the Borexino Collaboration.

Contrary to allegations about conditions in our underground laboratory and the threat to local drinking water, Italy’s Borexino Collaboration has worked responsibly with the local community for 27 years to protect safety and well-being.
Our world-class experiment has measured 99% of the processes that power the Sun. The system has been continuously monitored since 2007, and has been certified as safe by independent hazard and operability professionals. The detector is designed to withstand earthquakes with a peak ground acceleration that exceeds maxima so far experienced in the Gran Sasso region. The Borexino laboratory was undamaged by local seismic events in 2009, 2016 and 2017.
The 2002 spill was less than 50 litres owing to internal safeguards. There is no evidence that it polluted the community’s drinking water. Since then, the Italian government has further barricaded and monitored the lab. Borexino’s liquid system is completely enclosed and isolated from water-collection points.
Borexino has been approved since 2004 as fully compliant with European regulations against major accidents involving dangerous substances.
Gioacchino Ranucci (INFN) on behalf of the Borexino Collaboration.

There is nothing left for us but to wait for news from the court.