A new workout site behind Building 4

A new workout site behind Building 4 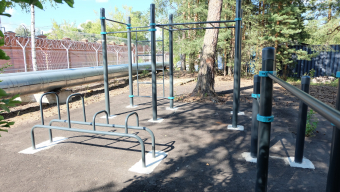 A traditional understanding of Latin phrases is not always quite correct. An example is the phrase “mens sana in corpore sano” considered to mean “a sound mind in a sound body”. Taken from Juvenal’s satire, it turns out to be quoted out of context and in no way means that the one who maintains bodily health thus maintains one’s mental health.

The actual phrase reads “Órandúm (e)st ut sít mens sán(a) in córpore sáno” and means “We should pray for having a sound mind in a sound body,” that is, a harmonically developed person possesses both a healthy body and a healthy mind.

There are also sceptics who believe that it is only possible to have either the former or the latter.

What is it all about?

If your scientific mind grows exhausted by thinking, leave your room for chin-up bar exercises behind DLNP Building 4 to feel the Harmony of the World again.