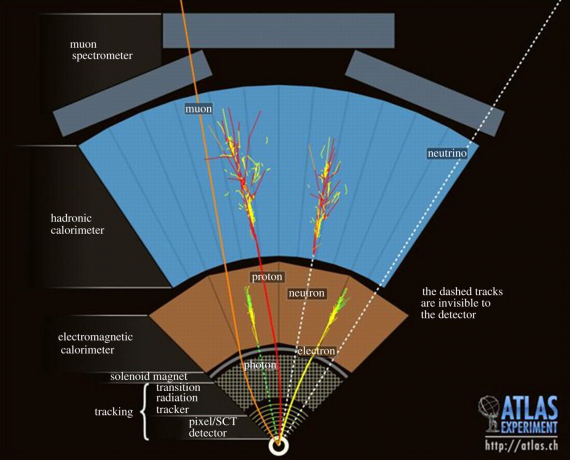 Fabiola Gianotti, CERN Director General,  will hold a special press-conference today. The main topic is expected to be observation in the ATLAS detector of a neutrino with an ultrahigh high energy beating all previous records, including the IceCube data.

The ATLAS detector intended for searching for the Higgs boson is also a tool successfully used in other investigations, pushing the limits of knowledge. In particular, though it is not the main goal of the experiment, the facility is capable of detecting atmospheric neutrinos. The observations are beyond any expectations. According to the initial estimation of the neutrino energy on the basis of the energy deposition in the electromagnetic and hadron calorimeters, the neutrino energy is above 10^21 eV, which utterly changes our idea about acceleration mechanisms in the Universe and mechanisms for formation of ultrahigh-energy cosmic rays. The above estimate seems nevertheless to be undervalued because a more impressive footprint of an energetic particle, namely, a cavity about 0.5 mm in diameter was observed along the neutrino path in the ATLAS solenoid magnet. The “hole” was found due to systematic displacement of the particle paths caused by the hole-distorted magnetic field inside the facility. The researchers spent the past year studying this phenomenon and estimating its effect on the invariant mass spectra of particles in the region of the Higgs boson mass. Nature seems to have played a no good trick on us. The Nobel Committee is disquieted.

Meanwhile, the physicists engaged in the Baikal–GVD project are searching for footprints of that neutrino in the waters of Lake Baikal. The results are expected to be reported at the nearest seminar. Follow the news!