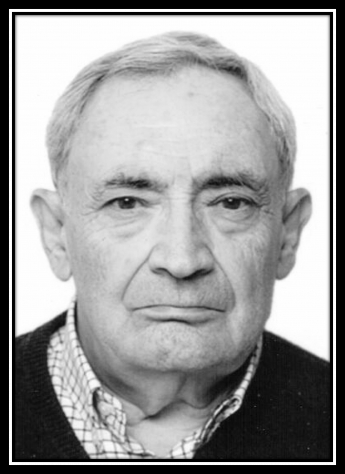 Z.V. Krumshtein graduated from the Faculty of Physics, Moscow State University, in 1966. In 1967, after the draft service, he started working at the Laboratory of Nuclear Problems, JINR, as a resident postgraduate and then, since 1971, as a researcher. Over that period, he became an authoritative specialist who made a substantial contribution to solution of important scientific and technological problems.
In 1967-1980, he was active in investigations in mesochemistry.
In 1968-1977, he participated in investigations of direct nuclear reactions at the LNP synchrocyclotron. The evidence for high level of those investigations was awarding the authors the Young Scientist Prize in 1971 and the Second JINR Prize in 1981. In 1975, based on those results, Z.V. Krumshtein defended the candidate of science dissertation (physics and mathematics).
In 1968-1973, he was the leading participant in the JINR–IHEP experiment on the search for new heavy particles and antinuclei, which resulted in the discovery of antitritium.  In 1975, thatresearchwasawardedtheSecondJINRPrize.
In 1974-1990, he was engaged in development, construction, commissioning, and experiments using the 5-m magnetic spectrometer based on the streamer chamber (RISK) at the IHEP accelerator. He was a co-leader of the work responsible for the experiment on the study of the mechanism for production of particles with a large transverse momentum.
In 1988-1990, he took an active part in the development of the UCD project (Universal Calorimeter Detector) for investigations at the IHEP accelerator–storage ring complex.
In 1992-2000 he carried out investigations at the DELPHI facility at CERN, being responsible for the hadron calorimeter operation, statistics acquisition, and data analysis.
Since 2000 Z.V. Krumshtein was the leading researcher in a few international projects with the participation of JINR. Those were ATLAS, HARP, OPERA, and COMPASS, to which he made a great contribution by his activities in the experimental methodology and detector production technologies. One of his last works was the ECAL0 electromagnetic calorimeter for the COMPASS experiment, which was successfully commissioned in 2016. New photodetectors, with which he had dealt for more than ten years, were successfully employed in that detector.
In the last years Z.V. Krumshtein took an active part in neutrino oscillations studies in the JUNO and NOvA experiments. In particular, he proposed a concept of the scanning station for investigating characteristics of large PMTs.

Z.V. Krumshtein was a recognized expert with a creative approach to modern experimental techniques and deep knowledge in the field of the physical phenomena under study. Hewasacoauthorofmorethan 500 scientificpublications. While working at JINR, he was awarded the Honorary Sign “Veteran of Nuclear Engineering and Industry”, the title “Honorary Staff Member of JINR”, and the Honorary Diploma of JINR. Two candidate of science dissertations were prepared and defended under his supervision.

A distinctive feature of Zinovi Vladimirovich was his enthusiasm for science and selfless dedication to his work. In any staff team he was rated as a scientific authority while maintaining warm and friendly relations with colleagues and a sort of father-like attitude to young scientists.

His death is a great loss for his relatives and friends, colleagues, and science in general.

Information on the time and place of the farewell ceremony follows later.