LHC on Holiday after Finishing the 2017 Data-Taking Period

LHC on Holiday after Finishing the 2017 Data-Taking Period 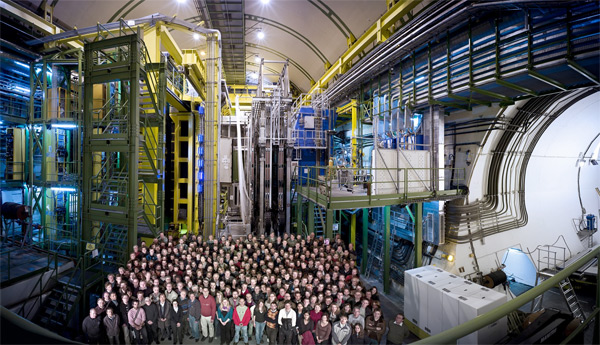 On 26 November the 2017 data taking period ended at the Large Hadron Collideг. In the last two weeks the LHCb detector was involved in experiments on collision of protons with neon atoms. Since neon atoms were not accelerated, their collisions with protons can be treated as bombardments of a fixed target. The process of this kind imitates collisions of high-energy cosmic rays with the upper layers of the Earth’s atmosphere. The new experiment was unique in that two types of collision occurred in the collider, namely, low-energy proton–proton collisions and proton collisions with almost fixed neon atoms. Experimenters discriminated these interactions in the on-line mode by the position of the point from which muons and antimuons escaped. The proton–proton collisions proceeded at the center of the detector, while the proton–neon collisions were shifted by a few tens of centimeters. In 2015 and 2016, similar experiments were conducted at the LHCb by injecting “fixed” helium and argon in the accelerator tube, but joint data gathering from two types of collision was not performed. The LHCb collaboration site reports that now it was the first time that the same detector was used to simultaneously take data on two entirely different collision modes, the collider mode (proton–proton collisions) and the fixed-target mode (proton–neon collisions).

A traditional shutdown of the collider for maintenance and improvements to the detector will last until April 2018.