The most anticipated breakthrough results in contemporary physics are obtained at mega-science facilities—huge colliders, arrays and telescopes—with scientists scrutinizing events and phenomena which are extremely hard to measure or to detect. Thus, coordinated functioning of all parts and components of scientific setups is really valuable as is also minimization of the ambient impact on the outcome.

The Sector of Laser Metrology of the DLNP Experimental Department of Multiple Hadronic Processes focuses on design and advancement of tools to back up scientists facing these modern challenges.

We have already written about one of these tools—the precision laser inclinometer, a singular device to measure an angle of inclination of an object in relation to the gravitational field of the Earth. 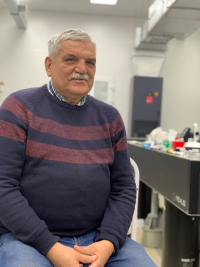 The design of this device got underway in 2010. In 2012, Yu. A. Budagov and M. V. Lyablin received RF Patent 2510488 “Device for measuring an angular inclination”. Over the last years, several prototype devices have been tested, and four devices were installed along the LHC beam trajectory (CERN). In 2018, one inclinometer was deployed in the tunnel of the Garni Geophysical Laboratory (Armenia). Since August 2019, one inclinometer is in use at the gravitational-wave antenna of VIRGO, a European experiment.

“Despite the second wave of the COVID-19 pandemic, improvement of the device and its preparation for small batch production are still going on at the DLNP Metrology Laboratory,” explained the Head of the Sector of Laser Metrology Mikhail Vasilevich Lyablin.

Scientists strive to make the inclinometer as compact as possible without impairing its performance qualities. It is the compact size that allows installing the device in gravitational-wave antennas. By summer 2021, ten compact inclinometers are to be manufactured. 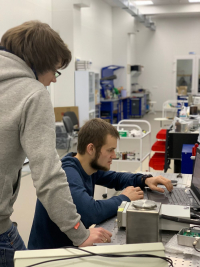 The next ambitious goal of the Sector is to provide inclinometers for a new-generation gravitational-wave telescope, the so-called Einstein Telescope.

The future telescope will require 30 to 50 devices. Thanks to developments of the Sector of Laser Metrology, our Institute can get the chance to be involved into the future European mega-project.

That means, the inclinometer should be upgraded to be able to operate at liquid neon temperature, to which mirrors of the future telescope will be cooled in order to diminish thermal noise. This is a complicated and non-trivial challenge. And its solution should be worked out during this year. 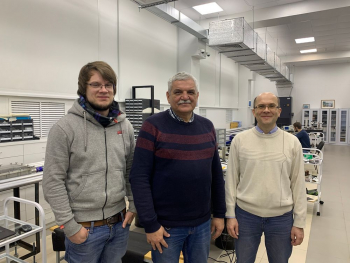