In Lockdown 2: Chronicles and Comments

In Lockdown 2: Chronicles and Comments

Molecular Genetics Group is a section of the Dzhelepov Laboratory of Nuclear Problems (JINR) where researchers still continue working in person — life support of living model organisms is a permanent process. 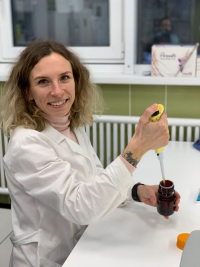 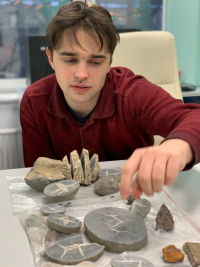 Mikhail ZarubinAt present, the Group, headed by Elena Vladimirovna Kravchenko, Candidate of Biology, is experimentally studying the samples of extremophiles from the far tunnel of the Baksan Neutrino Observatory (INR, RAS) in Kabardino-Balkaria, about 2 km deep under the Andirchi Peak. This area, close to the Elbrus magma chamber, represents the most severe environment for living organisms — darkness, considerable depth and high temperature.

This autumn, water, soil and mural formation samples from the observatory mines were brought in a frozen state by the Molecular Genetics Group expedition to JINR. Elena Kravchenko explains, “A DNA was recovered from the delivered samples and completely sequenced using the NGS methods. The metagenome analysis revealed the presence of an unusual microbiological community in the samples containing new, earlier not described bacterium genera and species and also new types of bacteriophages. At present, sequencing of the whole genome is underway, as well as decoding, analysis and description of genes and inherent metabolic ways being encoded by them.” New bacteria still do not have an official name.

Moreover, researchers continue examining Baikal endemic sponges. Now, the sponge samples are at the Frank Laboratory of Neutron Physics where they were exposed to neutron bombardment. The next stage is to study radiation spectra of radioactive samples, which allows estimating heavy metal concentration in sponges. It is a wonderful study at the crossroads of sciences with one of the JINR basic physics facilities being used for biological purposes. 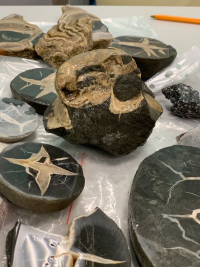 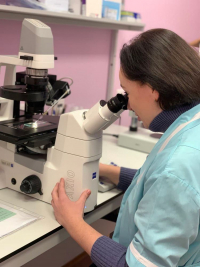 Elena KravchenkoThe work on increasing radio resistance of complex multicellular organisms is going on using Drosophila flies as model organisms. These flies are also a core part of experiments on insertion of CRISPR/Cas9 system elements into the Drosophila genome, which will permit editing the Drosophila genome and conducting advanced genetic tests without using laboratory mice, rats and monkeys, that is, using only isolated genes of highly-developed organisms active in the Drosophila melanogaster genome.

Congratulations to the team of Molecular Genetics Group (DLNP, JINR) on the prolific research year! We wish you new success and discoveries in the coming year!