"Beer for Trade Union Members Only!"

"Beer for Trade Union Members Only!"

This quote from “The Twelve Chairs” has long become a meme. It reflected the reality of the late 1920s— trade union members enjoyed not only beer but also other benefits. Benefit distribution was the trade union domain for all long decades of the USSR existence. Since every employee of the country was a trade union member starting with a student, so benefits could be enjoyed by everyone.

These were tickets for sanatoria and resort boarding houses, tourist trips and tours, sick-leave payments, New Year’s events and presents for children, and other cultural and welfare pleasures.

Certainly, one has to pay for the good—the trade union membership cost 1% of a salary. The payment was confirmed by stamps handed out to represent the paid sum. These stamps were to be sticked into trade union cards.

The trade union card and stamps proving payments of dues for many, many years are kept in the Museum-Study of Bruno Pontecorvo. They might have been carefully collected by his secretary.

It only remains to add that trade unions dealt, alongside with benefit distribution, with labour legislation, salaries, labour protection, different voluntary societies of citizens and many more.

At JINR, trade union duties were performed by the Joint Trade Union Committee (JTUC). Curiously, the JINR Universal Public Library was earlier called the Library of JTUC of JINR. 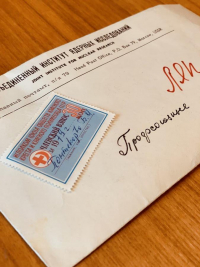 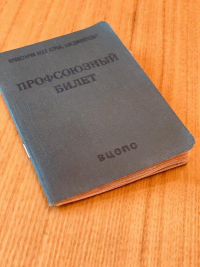 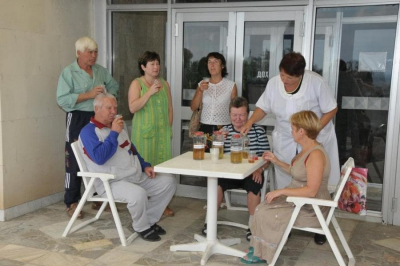