The post is written in collaboration with the JINR Museum of Science and Technology.

The quote in the heading is about a computer! Do you think it is about a novel smartphone of a popular brand? Not at all. About the “Aldan-3”, a fictitious computer from Strugatsky brothers’ novel “Monday starts on Saturday” (1964—1965).

Maybe, a prototype of the legendary “Aldan-3” was the “Rasdan-3” computer which filled up a huge machinery hall, with a console on a big table and information input through punched cards and tapes (we’ve already told you about them earlier). Quite an advanced device for its time!

Later, computers grew more compact and powerful. However, the machines from the 1980-90s still make today’s users of smartphones and notebooks wonder about their capacity and dimensions.

Some of the machines of this kind are stored at the JINR Museum of Science and Technology. At present, it is closed to visitors, but in March, an exhibition “The 20th Century. Everyday Life of a Researcher” will be opened there, a joint project of the JINR Museum and the Dzhelepov Laboratory of Nuclear Problems.

The exhibition is a follow-up to the online project of the DLNP website column with the same name. It will allow showcasing within themed exhibits not only the rich collection of the JINR Museum but also some items from the Museum-Study of Bruno Pontecorvo. The latter are beyond the reach of non-JINR-employees, and this exhibition will give all those interested a chance to have a look at them.

Photos of museum items are from the JINR Museum of Science and Technology and the JINR Photo Archive: Experimental Department of Nuclear Spectroscopy and Radiochemistry. A. Inoyatov (Tomsk State University) is processing experimental data from the electrostatic beta-spectrometer using a MERA 60-30 computer. 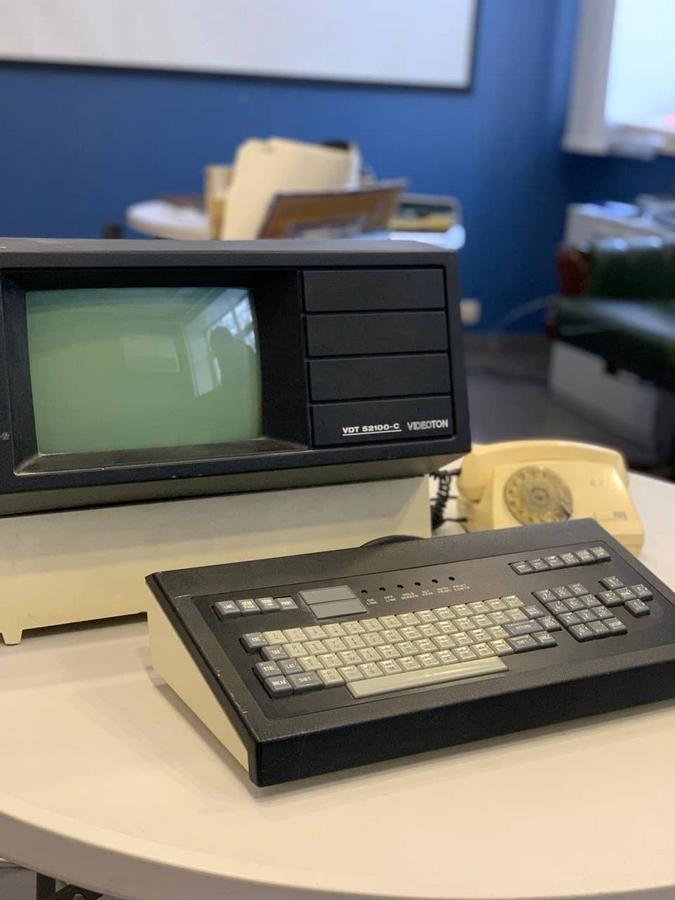 Dear friends! Next Friday we will enter the new year 2021, and that is, the today’s issue of our column is the last one!

If your parents and grandparents worked at JINR in the last century, you surely happened to hear about fascinating and creative activities kept humming in the scientific community outside work. As...

Apart from formulas and text, scientific works can often have “figures” as well. Note that modern computer graphics owes much of its origin to scientific and engineering graphics, since the first...

Preparation for a conference or a seminar is not a trifle. One has to marshal information, write and correct the text, prepare figures and plots, and ultimately make up a presentation of all that.