Today, it’s quite usual to meet a person with earphones. One can listen day and night to his favourite music, podcasts, and news from tens and thousands of radio stations of the world transmitted on the Internet.

Last century this wealth of information was of course inaccessible. Wired or portable radios were used to listen to news and music. They transmitted programs in accordance with the program schedule published in newspapers in advance. One of the popular programs was, for example, the musical show “Working Day’s Noon” of the First Radio Broadcast Channel (it was broadcast through the wired network available at each flat all over the USSR). Early in the morning, daily physical exercises accompanied by cheerful music were broadcast, “And now up your hands and down sideward! One, two! One, two!"

The most popular radio station in the USSR was the Radio Mayak (Lighthouse). It is its programs that were heard from most radios in the 20th century.

And the best radios were considered those manufactured at the Riga factory VEF. One of them is shown the photos for our column. This radio was given as a gift to the staff member of the JINR Laboratory of High Energies Eduard Viktorovich Kozubsky in 1969 by his friends on his successful defence of the dissertation. The radio can be seen at the exhibition “Everyday Life of a JINR Scientist in the 20th Century” to be opened at the JINR Museum of Science and Technology. 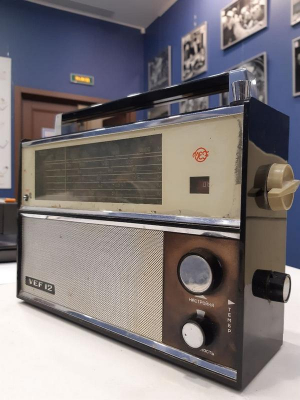 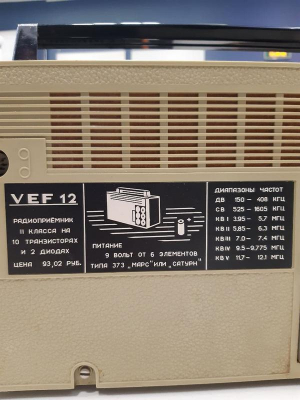 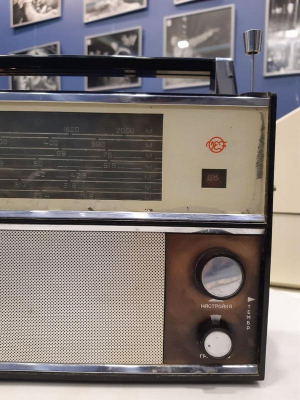