During 2022−2023, the United Engine Corporation of Rostec will anneal 2100 permalloy shields for sensors of the Observatory, which will increase its sensitivity by 50%. Neutrino telescope sensors installed in the water of Lake Baikal detect high-energy particles and determine their source. It allows scientists to study events in deep space. 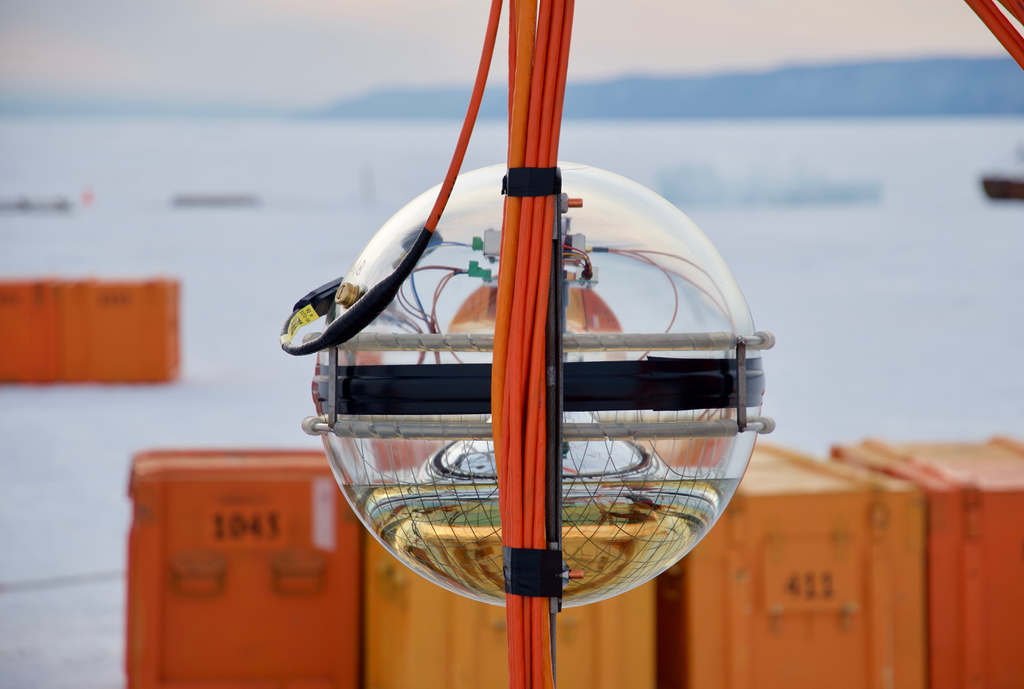 The Neutrino Telescope is a net of several thousands of optical detectors submerged into Lake Baikal at a depth of about one kilometre where high-energy neutrino detection is performed. The unique feature of these particles is their ability to cover astronomical distances without changing their direction and thereby to deliver information from the remotest places of the Universe. The purity of Baikal water makes it possible both to detect neutrinos and to determine their source with high precision.

“The Baikal Neutrino Telescope is one of the largest astrophysical facilities in the world. Since 2016, Rostec has been involved in manufacture of shields for telescope sensors. The shields are manufactured of permalloy, a special alloy which helps avoid distorting effects of the Earth’s magnetic field on detectors. To have necessary properties, shields are to be annealed in large vacuum furnaces. Staff of the Rostec manufacturing facility has exceptional expertise in operating this kind of equipment. Over this time, we delivered above 3800 items. During the next two years, we will transport 2100 more shields to Lake Baikal, which will increase the telescope sensitivity volume by 50%,” said Oleg Evtushenko, the Acting Director of the Rostec State Corporation.

Shield annealing is being performed by the “Salyut” Production Complex of the United Engine Corporation. The sensitive volume of the Baikal Deepwater Neutrino Telescope is annually increasing by two clusters, or by more than 600 optical detectors. By 2024, it will reach a volume of one cubic kilometre, and its efficiency in neutrino detection will considerably increase.

On 8 December 2021, the neutrino telescope of the Baikal collaboration witnessed a unique astronomical event, a radio blazar flare, which could be evidence of intensive processes in a remote young galaxy. The flare was first detected by the Antarctic telescope IceCube, and also by other facilities located across the globe and operating in different ranges of electromagnetic radiation.

“From the perspective of science, it is a unique phenomenon. There were no other cases in history that two neutrino telescopes detected in real time two different neutrinos from one source. It also coincided with activities of this radio blazar in all electromagnetic frequency ranges. Earlier, there was no such a coincidence because the Baikal Neutrino Telescope was just being constructed, it was too small. The same event proves that now the neutrino telescope of the Baikal collaboration is powerful enough to detect significant phenomena of this kind. We can say that it joined the heavyweight league capable of doing astronomy of such a scale. It is a significant event for the Baikal collaboration and for all of us,” remarks Dmitry Naumov, a Deputy Director of the Dzhelepov Laboratory of Nuclear Problems of the Joint Institute for Nuclear Research, Head of the Neutrino Programme, Doctor of Physics and Mathematics.

The article was published on the Rostec website on 14 January 2022:  https://www.rostec.ru/news/rostekh-povysit-effektivnost-izucheniya-dalnego-kosmosa-iz-glubin-baykala/