The winter expedition 2021 to construct the Baikal Neutrino Telescope is in full flow.

To find out more about the project, watch: BAIKAL-GVD. Neutrino Hunters

Ice does not start melting yet, so activities go on.

We have installed one new cluster and one experimental string. Some repairs in the old clusters are still left. 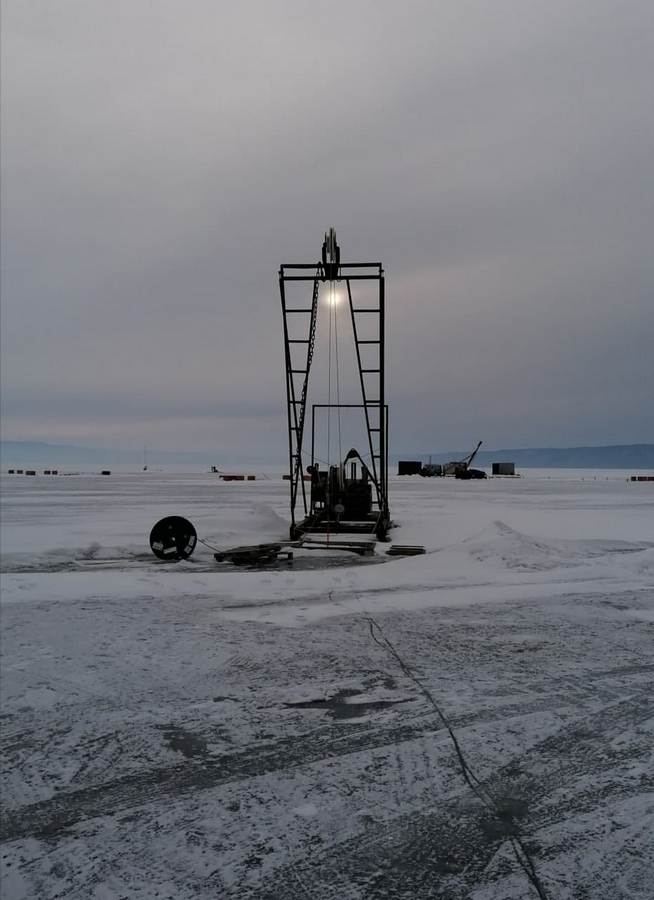 A few spring colours from the ice camp. It turned out that melting snow can be wonderful.

This Baikal seal always crawls out of its ice hole, 2.5 km away to the east of the telescope. The animal is quite corpulent. It does not let you come closer, and at the same time, it does not hurry to hide under the ice. It is a lazy creature, and it likes sunbathing a bit less than enjoying fish.

Today, the Memorandum of Understanding between the Ministry of Science and Higher Education and the Joint Institute for Nuclear Research to develop the BAIKAL-GVD Deep Underwater Neutrino Telescope was signed at the ice camp of the Baikal Neutrino Observatory. 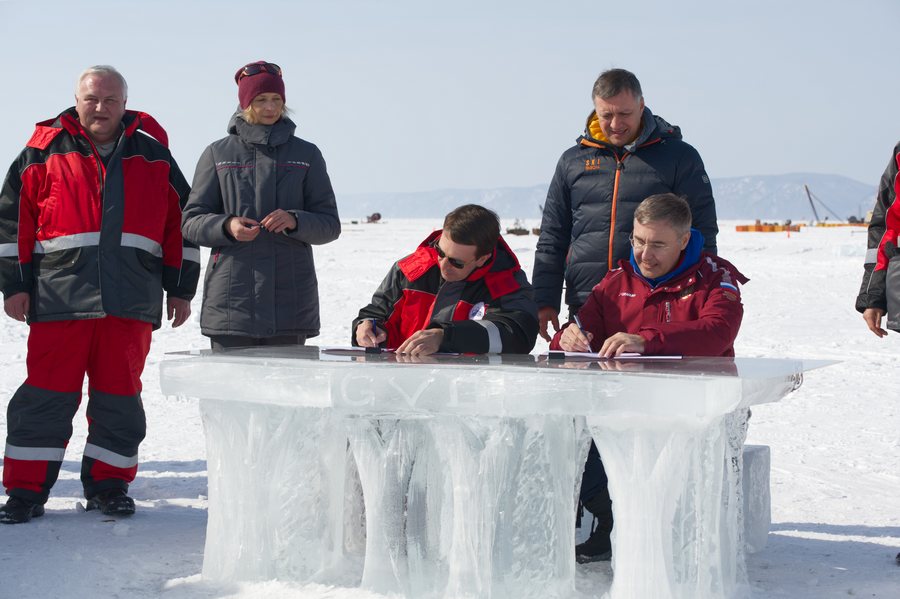 At 4 o'clock in the morning. 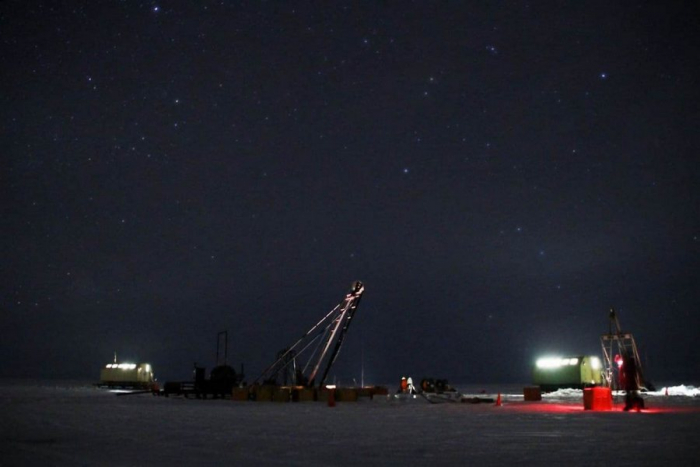 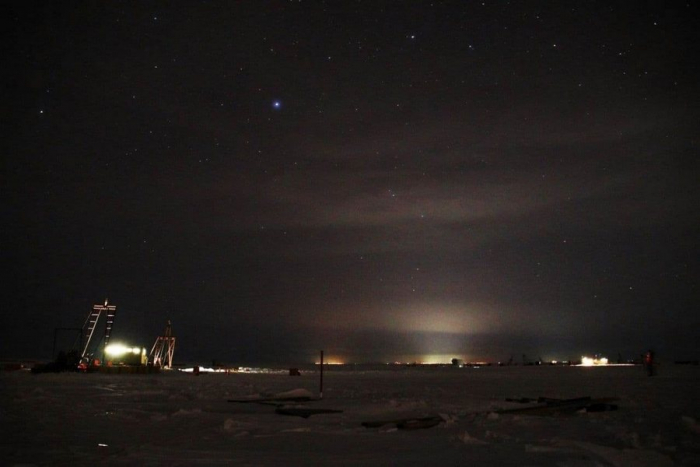 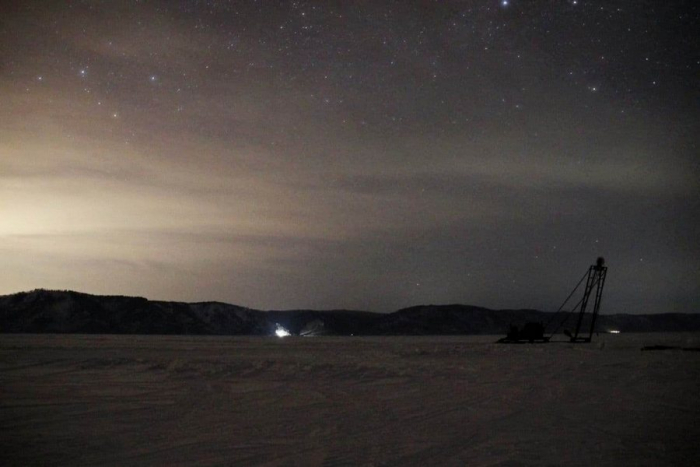 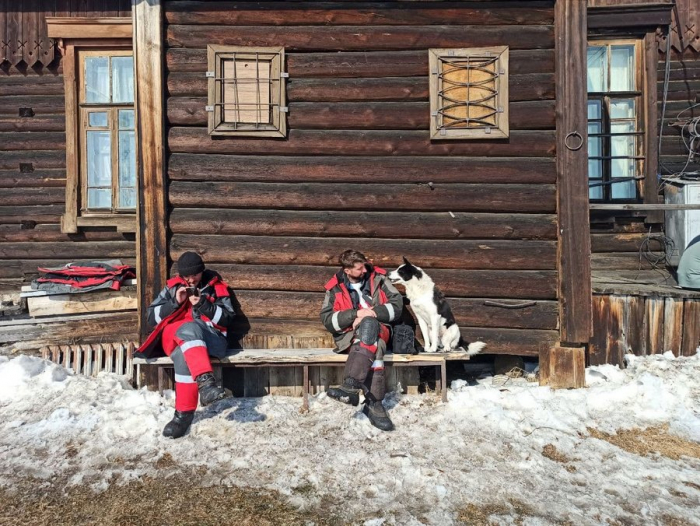 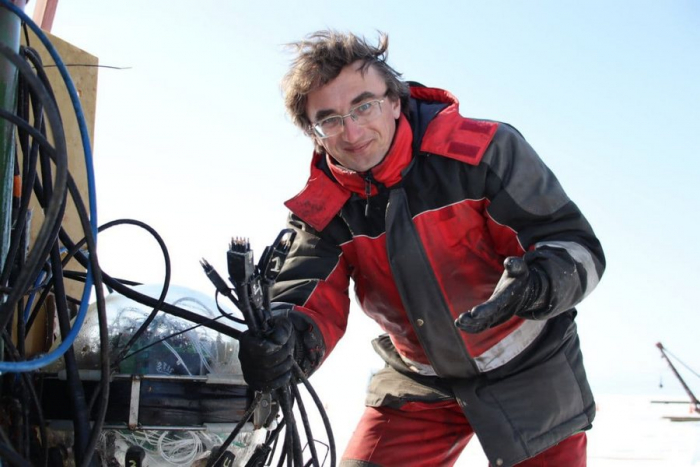 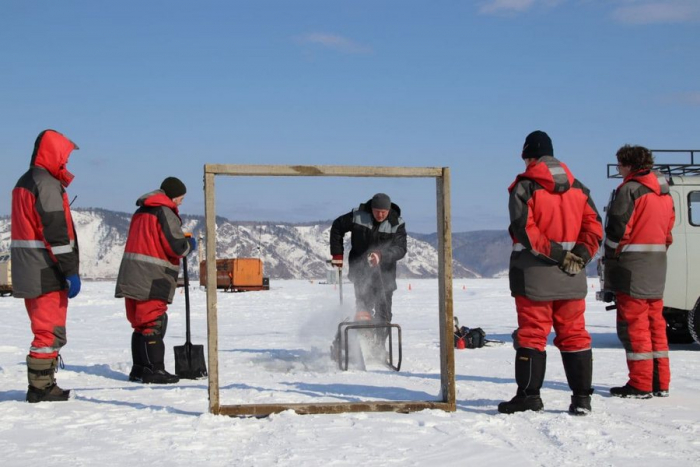 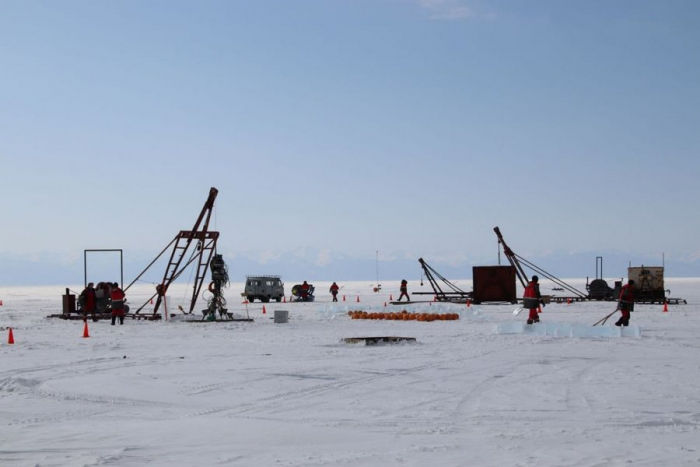 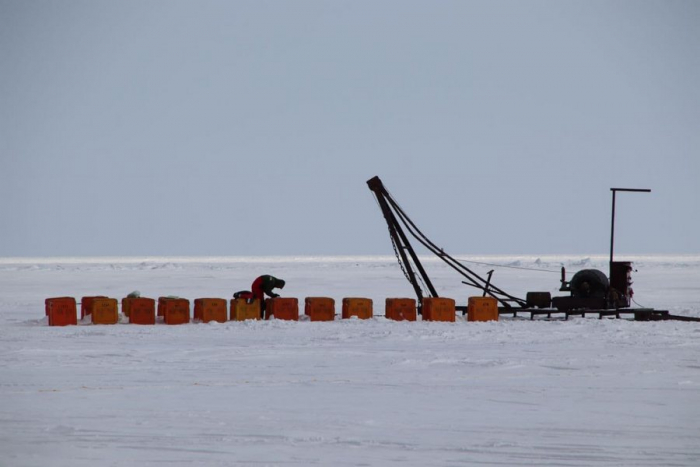 Here you can see the very beginning of marking a new cable. We tie up an anchor at the end, unreel the cable from the winch, mark the first 90 m, unreel the next 90 m and mark again. This procedure is repeated with all new strings. Cable markers are necessary to know where to fasten optical, acoustic or system modules.

Marking is a constant and important process, that is why a special area in the ice camp is assigned for the marking base during the time we are working on the ice.

A telescope, like any other device, requires maintenance and repair.

If one of the modules got out of service, the whole string should be hauled up and disassambled to the faulty module. After that, the module is taken to the shore and repaired. Then, the string is to be assembled in its previous configuration.

Repairing per se is a dirty thing here because of basic sediments which appear under water on all surfaces of all telescope elements and unpleasantly smell of fish. One should immediately peel them off. Otherwise, after these sediments freeze, their peeling-off can be a really tough job.

The winter expedition to construct the Baikal Neutrino Telescope is underway.

Working was really hard today. The sun was shining, but the frost was severe. The temperature of -19˚C felt like -29˚C. The wind speed was 10 m/s with gusts up to 20 m/s. The wind was blowing without a break. Eyes were watering all the time. Clothes were cooling down layer by layer and didn’t protect any more. Locals say Barguzin started its blowing. 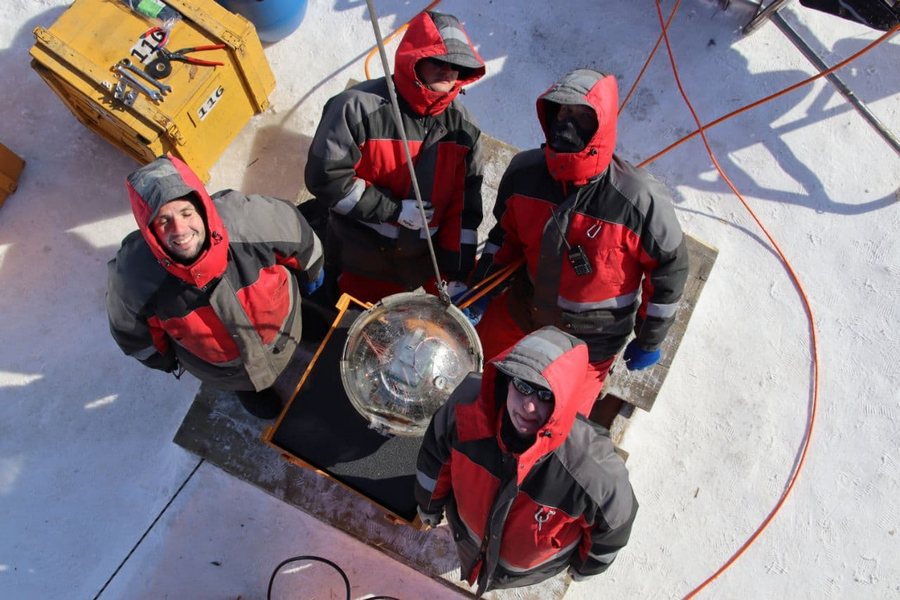 Farewell sun beams for an optical module before submerging into the dark cold Baikal water. 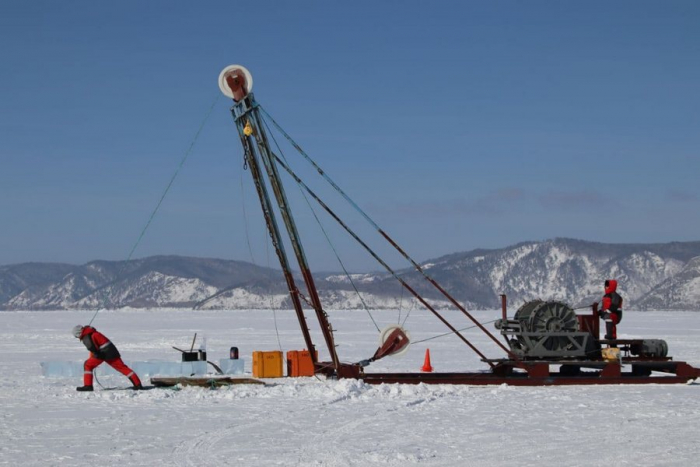 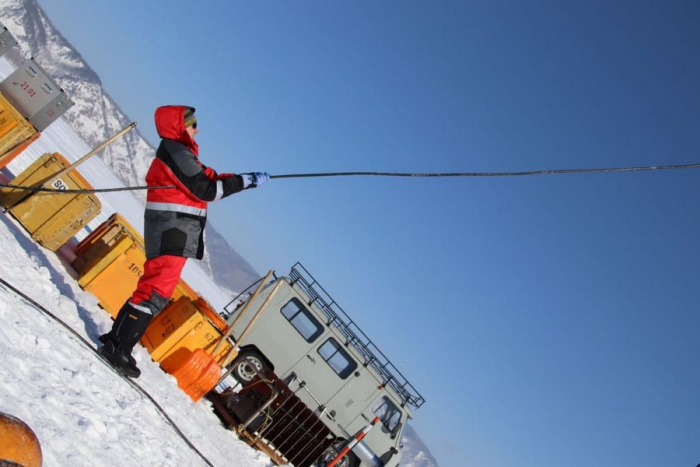 In 2020, an experimental section was assembled using the technology of internal data transmission in the facility with CWDM (Coarse Wavelength Division Multiplexing) fiber cables. The equipment was successfully tested in real conditions, which allowed scientists to schedule the mounting of the 9th cluster on the basis of this technology. This time, only two strings will be installed—one with calibration laser light sources and the other with a hydrologic system of three cable stations. 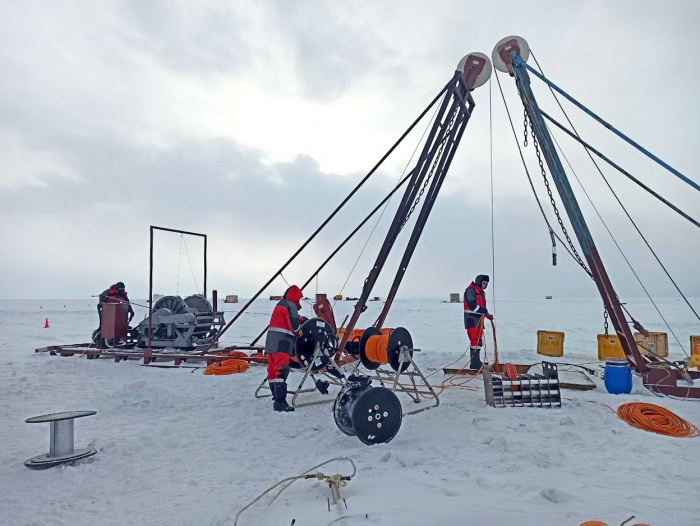 Today, we are going to start a series of stories about the winter expedition 2021 aimed at the construction of the Baikal Neutrino Telescope.

Soon, all the project members will get together at the lake, and the work will get underway on a full scale.

We will wait for compelling accounts and beautiful pictures from our Baikalians.

We already have the first images! Here they are! 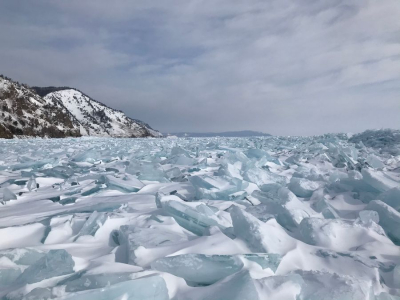 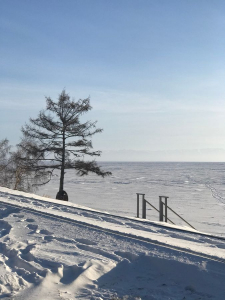 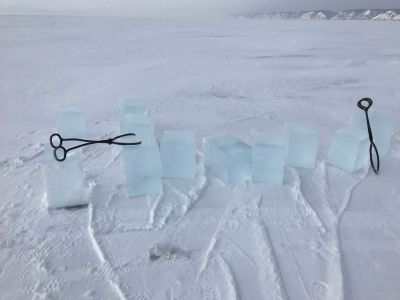 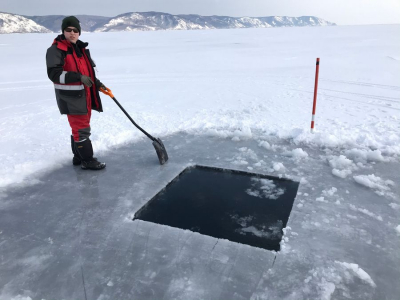