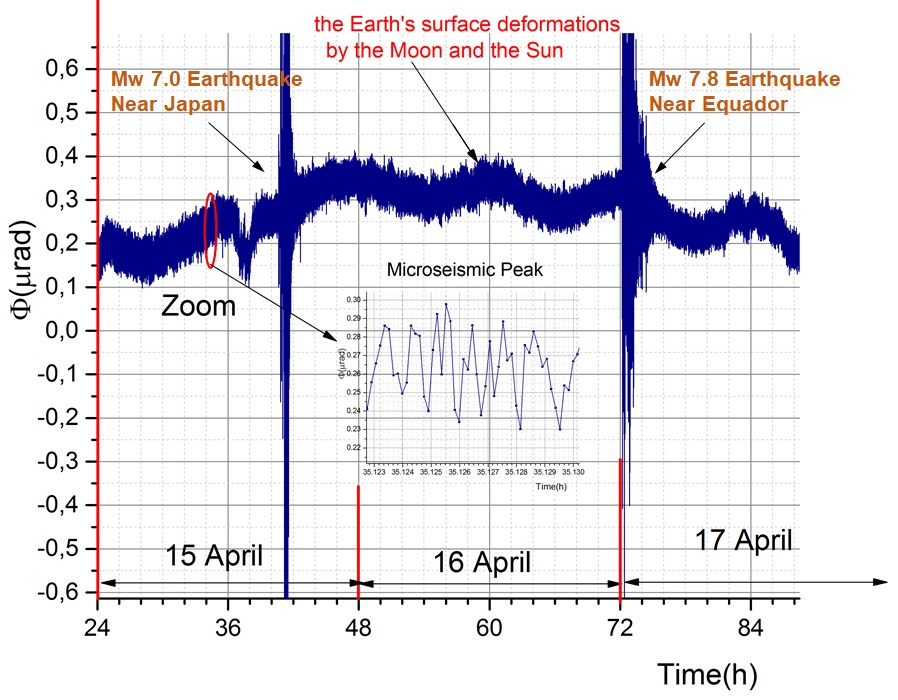 In 2017 there were created the two first units of fundamentally new instrument – the Professional Precision Laser Inclinometer (PPLI, Figure 2).Completely assembled and tested in JINR, Dubna, two PPLI have been sent to CERN (Switzerland) and Garni Seismic Observatory (Armenia) for the adjustment and overall testing. Technical documentation about the commissioning of first PPLI in the TT1 have been included in the CERN official database as authorship of DLNP scientists.  The new instrument appearance has been mentioned on the CERN-Russia Meeting in October 2017. 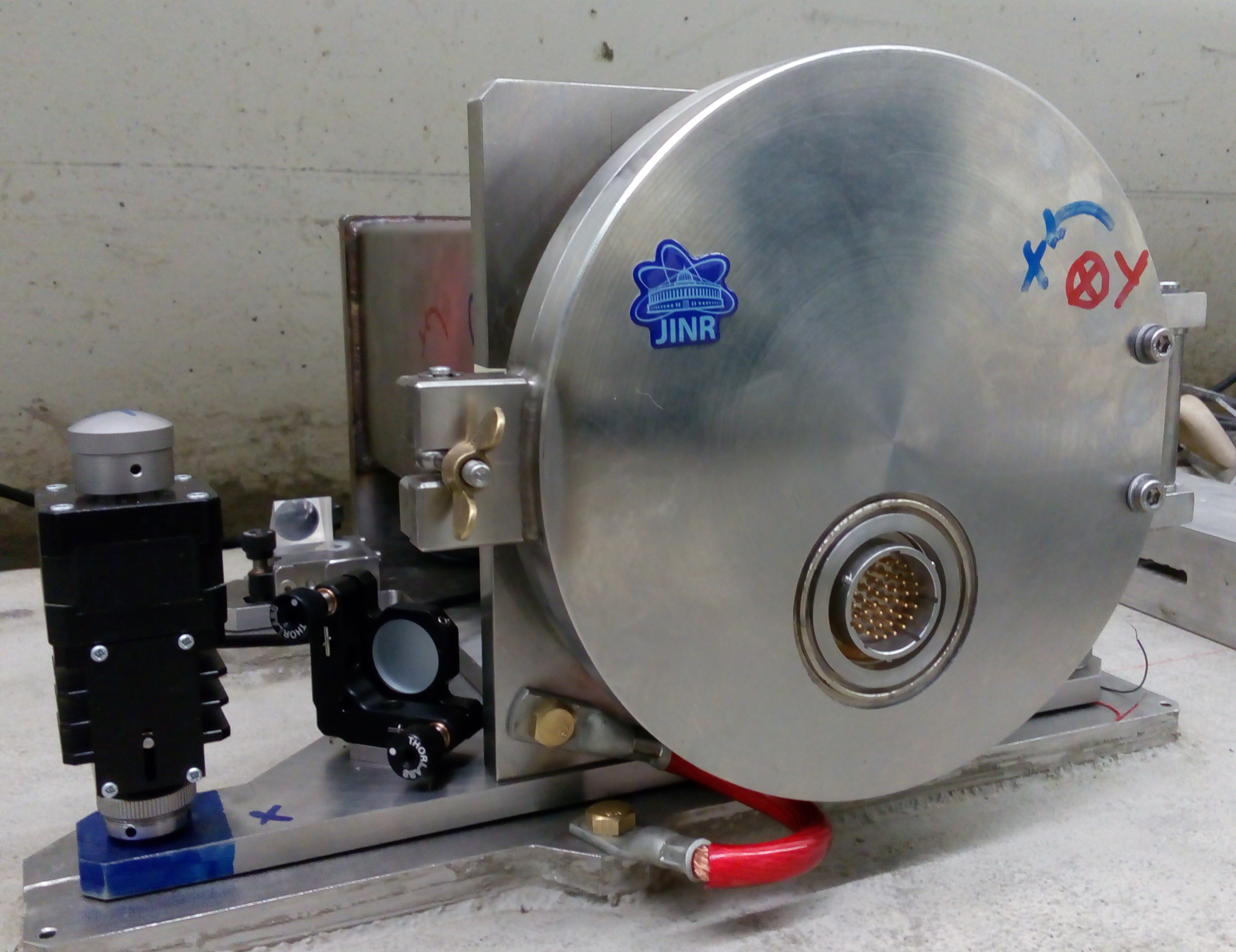 An agreement between JINR and Garni Geophysical Observatory (GGO, Garni, Armenia) has been concluded, according to which the PPLI made in JINR sent to Garni and commissioned in the GGO tunnel for the collaborative study of the application of PLI for the seismic activity registration.

An agreement between JINR and Shirak Technologies (Yerevan, Armenia) has been concluded on the joint development of specialized software for PPLI and its distributed network as well as to equip the PPLI with a specialized control electronics.

The new specialized research laboratory for laser metrology is being created in DLNP with the decisive help and financial support of the Directorate of Dzhelepov Laboratory. Most of the equipment for future Lab is already purchased. Nowadays the finishing civil constructing in the laboratory room in the progress.

The works on the second stage of the project - the Absolute Distance Meter – have been started. Up to date, assembly of 5 meters long prototype was begun in the existing thermoisolated laboratory. The main part of the research will carry out in the future Metrology laboratory.

In total for the year 2017, fourteen papers on the high precision metrology have been prepared, reported and published by our group. The JINR contribution to the study of the possible application of the PLI Network in the HL-LHC program on the ATLAS spectrometer have been noted in the report of Frederick Bordry at the CERN-JINR and Russia-CERN Committee Meetings in October 2017.

2.  N. Azaryan, «The use of 24-bit Data Translation for the Precision Laser Inclinometer: Methods for minimizing noise and compensating for the channels desynchronization», Scientific-methodical seminar of DLNP, 24.01.2017, Dubna.

3. M. Lyablin, «Observation of the 2-D Earth surface angular deformations by the Moon and Sun by the Precision Laser Inclinometer», CLIC workshop 2017, 06.03.2017, Geneve.

4. M. Lyablin and J. Budagov, «Observation of the 2D Earth surface angular deformations by the Moon and Sun with the Precision Laser Inclinometer», 25th anniversary of JINR in ATLAS, 24-29.04.2017, Becici, Budva.

5. A. Pluzhnikov, «The minimization of the long term noises of the 24 bits ADC for the Precision Laser Inclinometer», Conference of Young Scientists and Specialists of JINR, 14.06.2017, Alushta.

4. N. Azaryan, J. Budagov, J‑Ch. Gayde, B. Di Girolamo, M. Lyablin, D. Mergelkuhl, A. Pluzhnikov, “The compensation of the noise due to angular oscillations of the laser beam in the Precision Laser Inclinometer”, Physics of Particles and Nuclei Letters, Vol. 14, No. 6, 2017, p.930

An article about the first estimation of the impact of angular microseisms on the dynamics of the displacement of the beam focuses in the collision area is under preparation to be published.