For 2016 there were reached the significant improvements of the Precision Laser Inclinometer (PLI) created in DLNP. The PLI registers angular oscillations in 5∙10‑6 ‑ 5 Hz band with resolution of 10‑8 ‑ 10‑10 rad/Hz1/2 respectively. The Earth's surface angular oscillations caused by the gravity influence of Moon and Sun have been registered in two azimuthally-orthogonal vertical planes. Following JINR-CERN Agreement two professional PLIs have been created for the quantitative study of the possibility of PLI-Network use in the Large Hadron Collider luminosity increasing program. 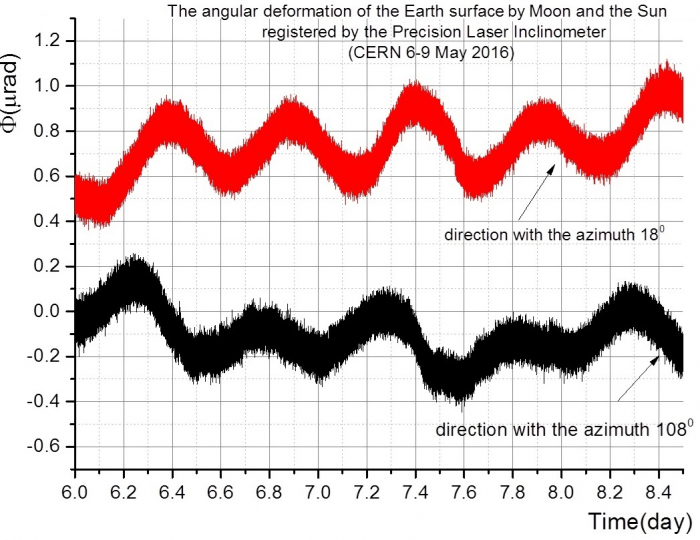 The full version of the Report see in "Project Documents"